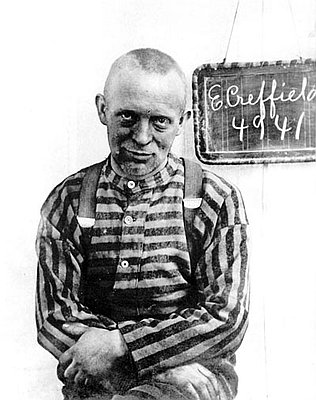 A Salvation Army-inspired preacher decided to turn a small Oregon town into a new Eden. His method for achieving this: public nudity, floggings, bonfires, and sex rituals. When the worried families of his victims tried to stop him, they set off a chain of deaths.

In case it’s not clear from our discussion in the episode, we don’t believe there’s anything inherently wrong with the enthusiastic methods of worship that Protestant movements descended from the wider movement once called “Holy Rollers” practice today. However, in this case, Creffield was taking those methods to extremes as a thought-stopping technique in combination with isolating his followers and depriving them of food, sleep, and appropriate clothing. We do, however, want to put the Salvation Army on blast for its history and its current discriminatory practices.

Correction: I think I referred to the Mitchells as the Millers a couple of times in this episode.

Featured image: Edmund Creffield during his stay in the Oregon State Penitentiary for adultery. (Image source) 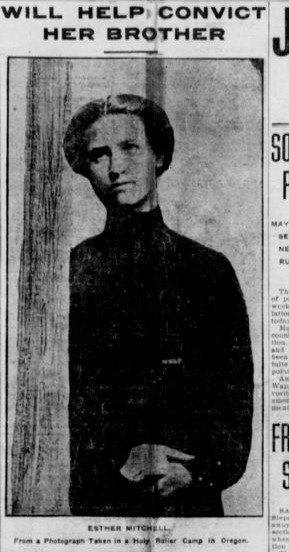 A photograph of Esther Mitchell taken during her time in Creffield’s Oregon camp. She would have been a teenager at this time and may have already been sexually exploited by Creffield or believed she would soon be taking part in his “purification ritual.” Her simple, unpinned hairstyle and modest dress are typical of Creffield’s cult. (Image source) 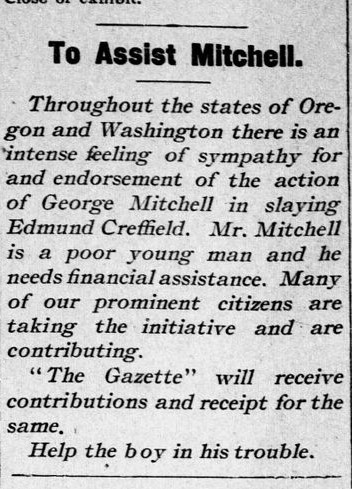 An appeal published in the Corvallis Gazette asking the town’s help in supporting George Mitchell financially during his trial. (Image source) 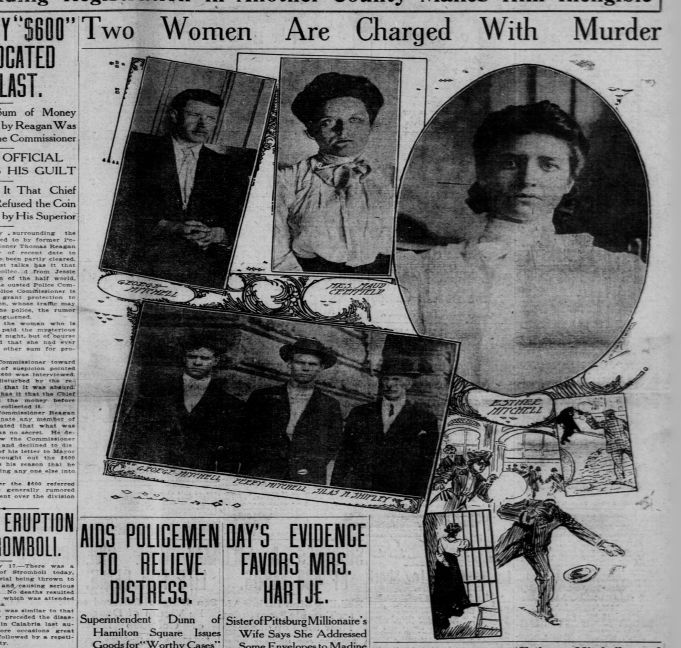 Photographs of some of the players in this case. From top left: George Mitchell, Maud Creffield, and Esther Mitchell. In the photograph below are George Mitchell, his brother Perry Mitchell, and Silas M. Shipley (one of their supporters). There are also some illustrations thrown in of, I think, George killing Creffield and Esther shooting George in the back. (Image source) 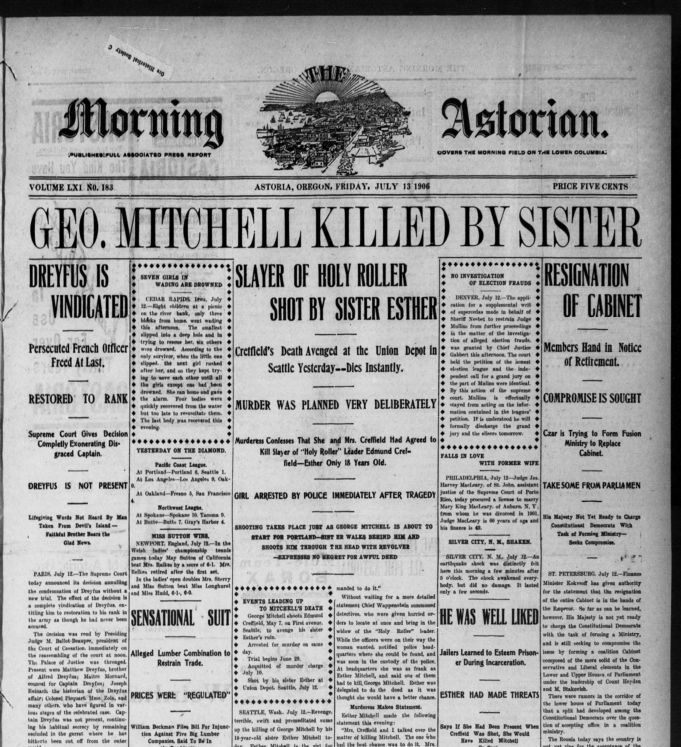 One of the many front-page stories generated by this case (with a bonus crossover from one of our other episodes). (Image source) 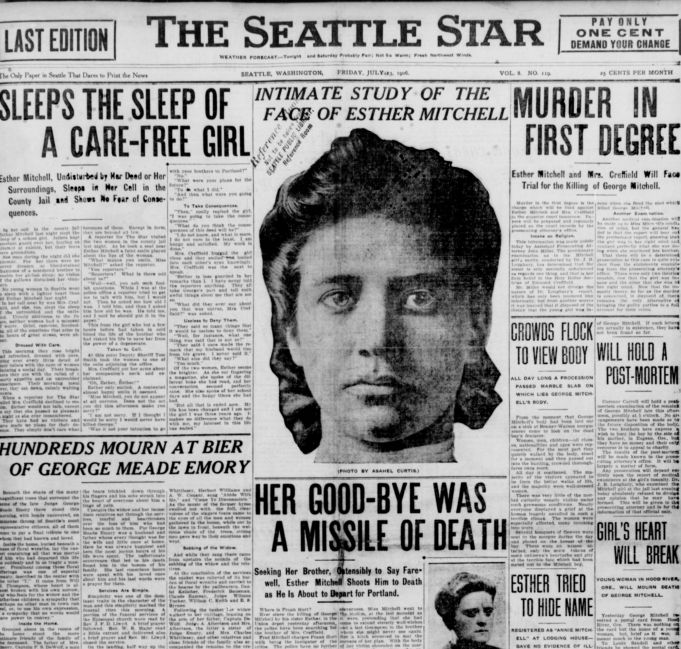 Just a sample of some of the stories from the front page of the Seattle Star. I didn’t make a collage, the actual front page was completely filled with these stories. (Image source)

A couple of the Salvation Army parody songs I recall from my childhood: