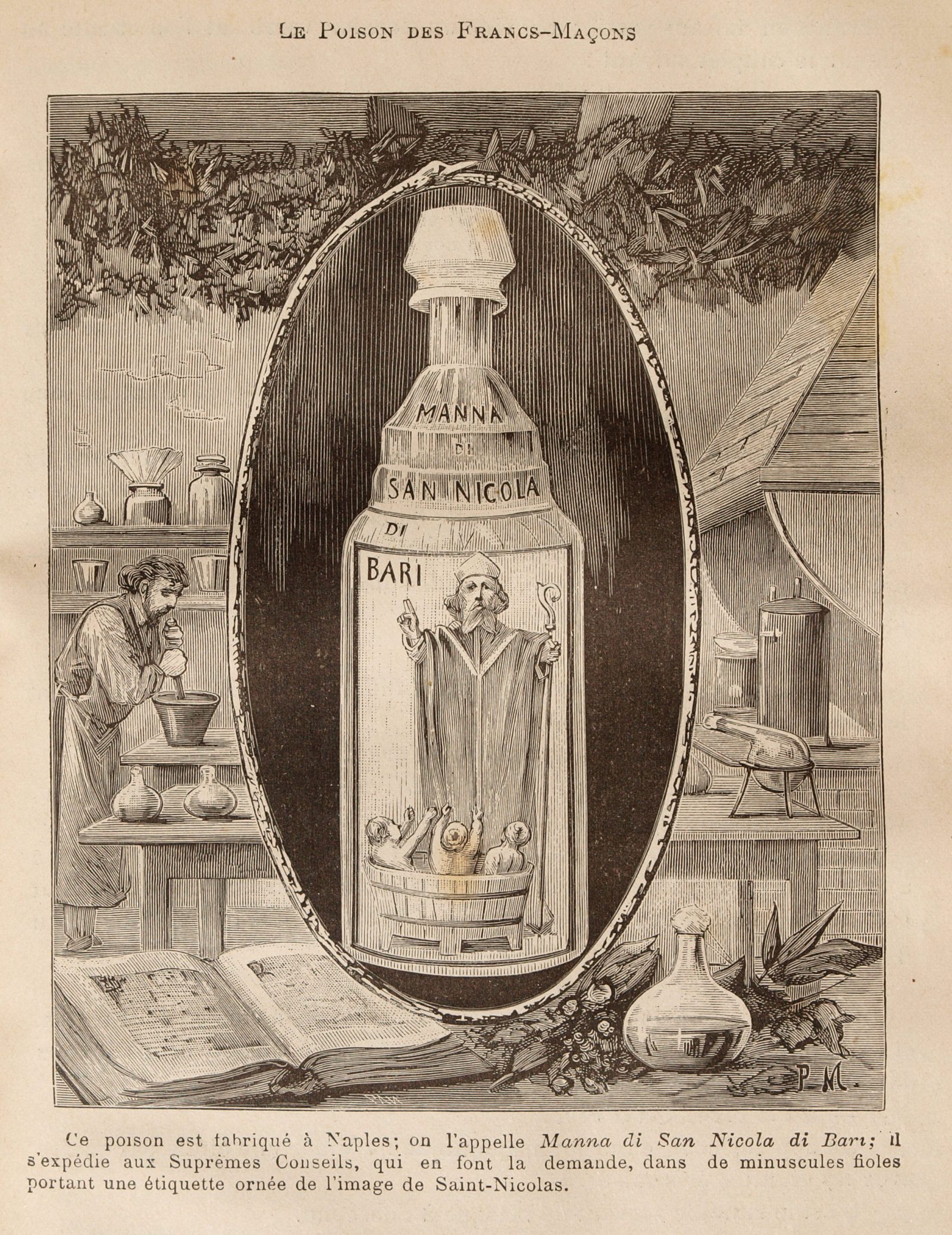 This Italian family’s secret recipe requires a special ingredient: a fatal dose of arsenic. Join us for a story of murder most foul, corrupt priests, saleswomen with pockets full of poison, secret cabal of witches moving through European courts, a ceiling alligator, and Santa Claus’s special bone juice.

Featured Image: An illustration of the disguised Aqua Tofana from an 1800s manuscript. The legend of this special poison continued for centuries. (Image source)

An example of the sort of bottle the Manna of Saint Nicholas is stored in. (Image source)

Footage of the manna being extracted from Saint Nicholas’s casket on the Feast of the Translation. 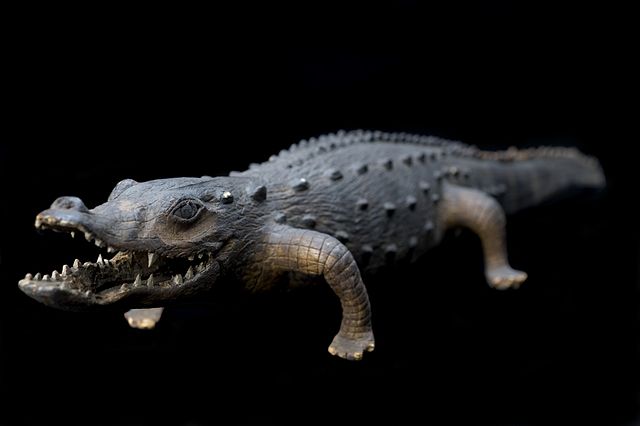 An apothecary alligator model from the 1800s, designed to be hung from the ceiling. The true origin of this symbol is a bit muddled. Maybe alligators had a symbolic association with disease protection, maybe they were a symbol in alchemy, maybe they were an indication that the apothecary could afford to import rare ingredients, maybe they were just displayed to entice curious browsers who wanted to come in and see this strange beast up close. (Image source) 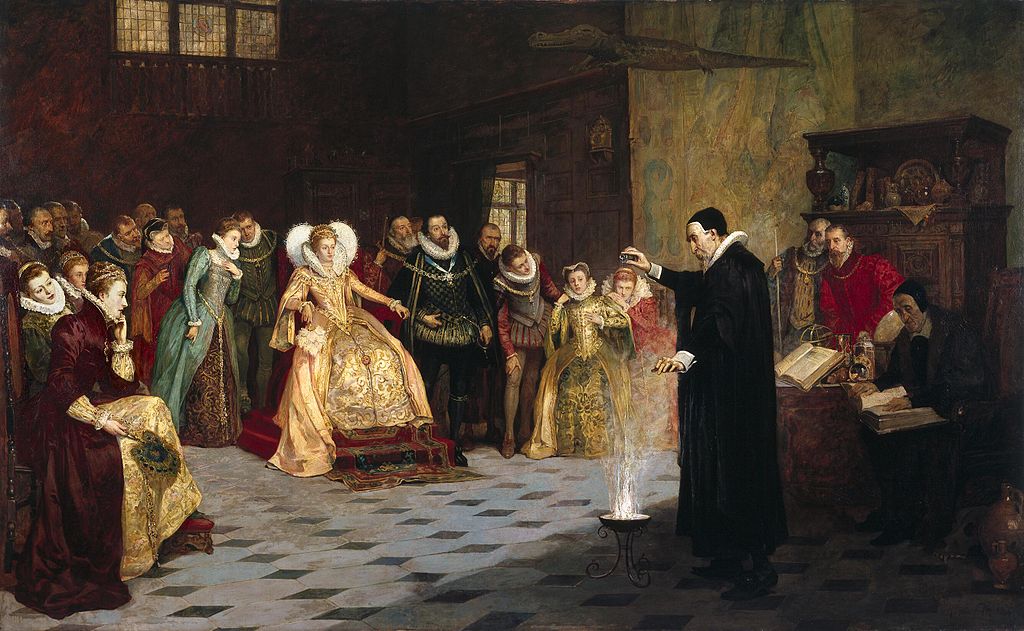 A painting of an alchemist performing for Queen Elizabeth I, with an alligator hanging from the ceiling on the upper right. (Image source)

A note: Quite a few articles I found about this case around the web seem to be using an image of a woman pouring liquid into wine. This is actually a painting called “The Love Potion;” it looks like Mike Dash used it as an illustration for one of his articles with the correct attribution, and other writers removed the attribution and this has resulted in Google mistakenly indexing the picture as Guilia Tofana. I also found some articles saying that Guilia disguised poison in cosmetics, but that isn’t something I could find attribution for. I think those writers may have mixed her up with a different poisoner or misinterpreted information about the poisonous ingredients used in cosmetics at that time. The summary of Guilia Tofana’s life on Wikipedia seems a bit garbled and I would recommend going directly to the cited sources instead of relying on it for information.