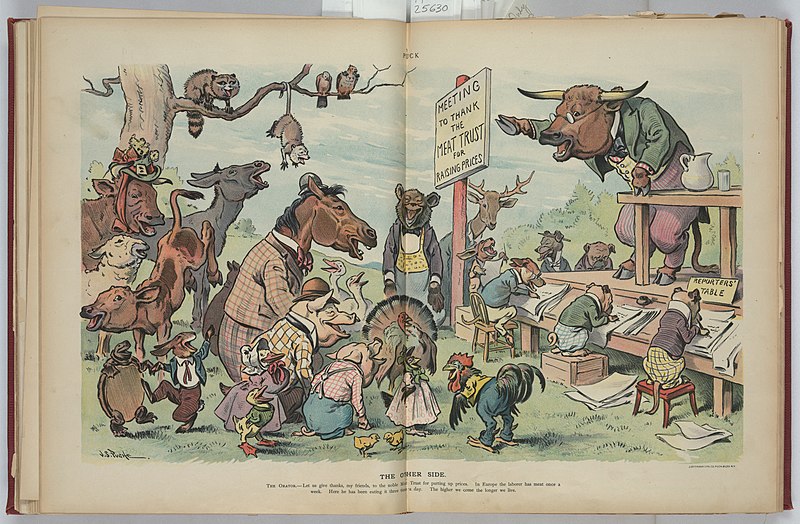 On one fateful week in 1902, Old Country systems of oversight of meat production met New Country price collusion. With the price of kosher meat skyrocketing in New York City and the Jewish population entering its hangriest period of the year, tensions spilled over into a pandemonium involving naked butchers, flying fish, and cops getting slapped in the face with raw liver.

Featured image: A comic satirizing the Meat Trust by suggesting that livestock love the fact that prices are so high they won’t be eaten by American consumers. (Image source) 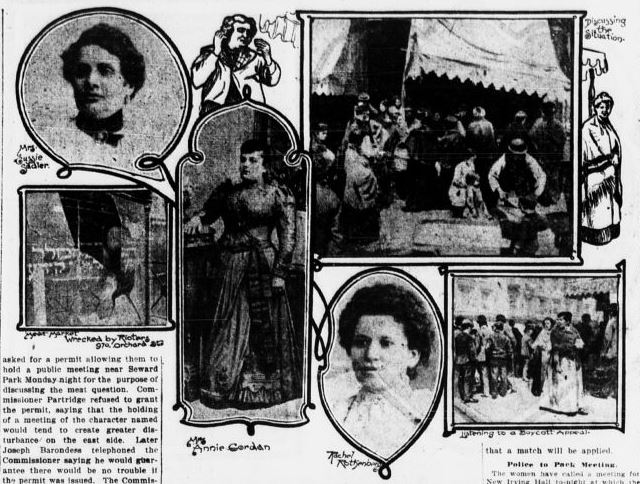 Some of the leaders of the meat boycotts. (Image source) 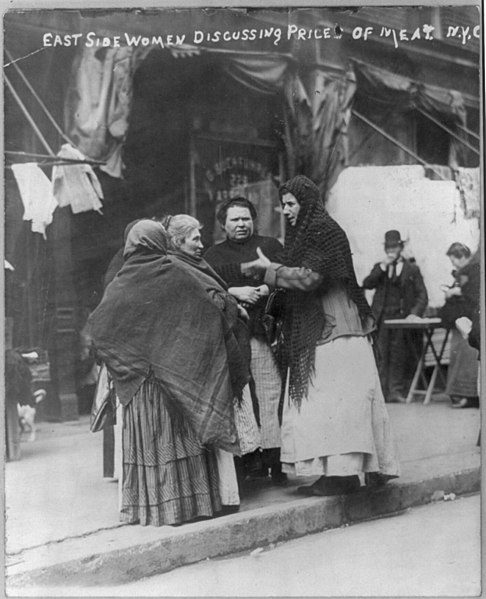 Women discussing the price of meat during the boycotts. These are probably Orthodox Jewish immigrants from Eastern Europe, since they’re wearing head coverings. (Image source) 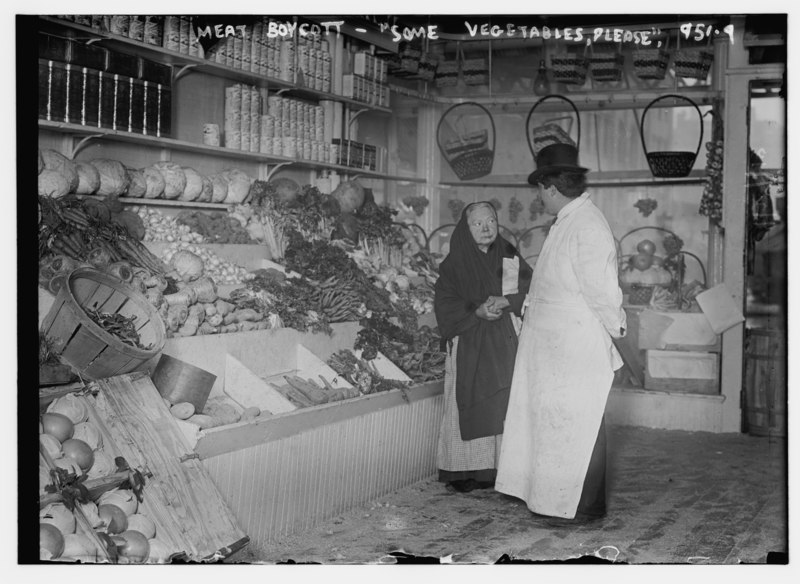 A woman asking for vegetables from a grocer while she boycotts meat. (Image source) 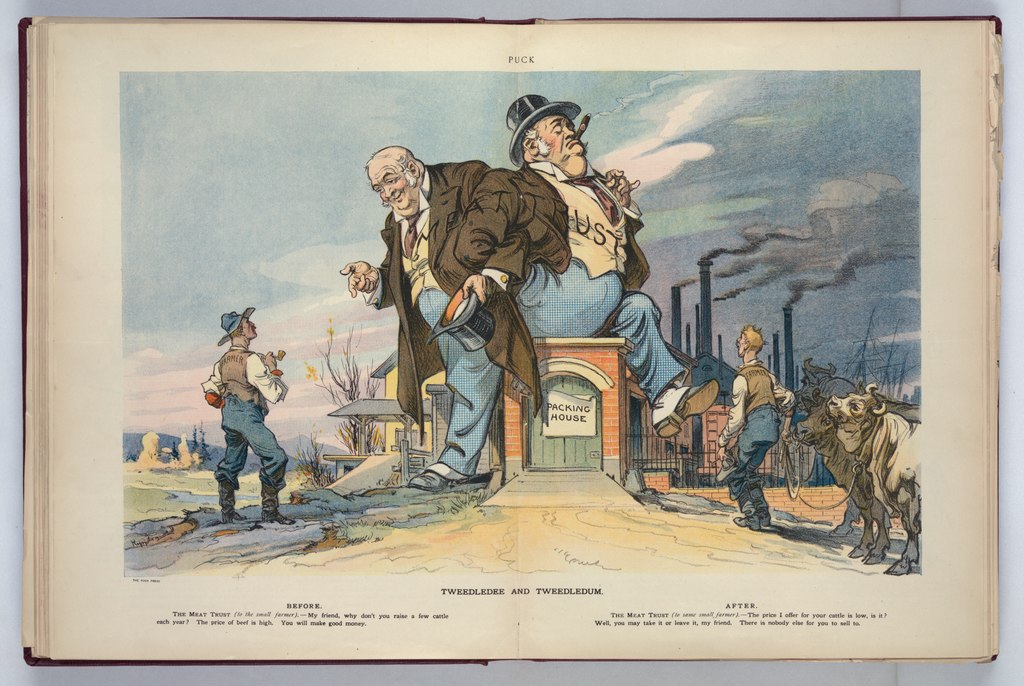 Rabbi Jacob Joseph, who had a rocky tenure as the Chief Rabbi of New York. (Image source)

Headlines about the meat riot in New York spreading to other cities. (Image source)

An article about the rising price of meat that references the Jewish boycotts. (Image source) 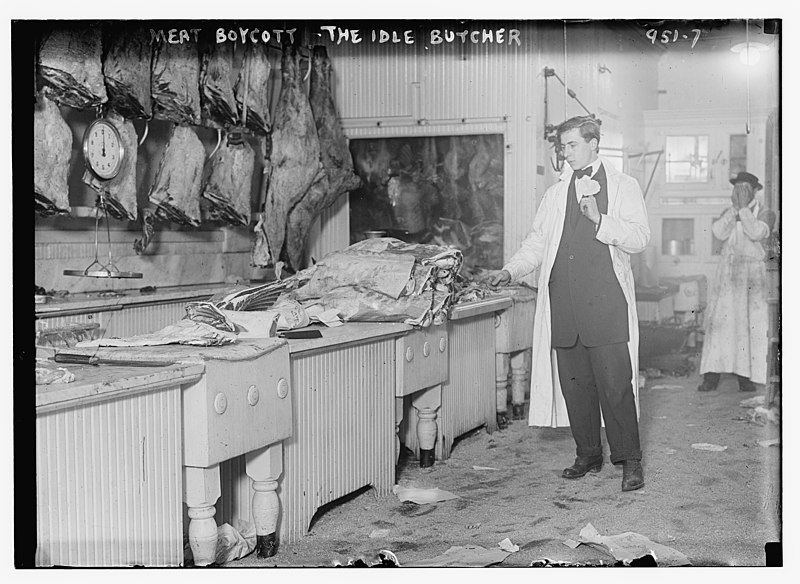 A butcher standing in front of his meat counter with nothing to do during the boycott, while his colleague poses dramatically in the background. (Image source)

More butchers with nothing to do. (Image source)

A political cartoon about high prices caused by the Meat Trust and other trusts colluding to increase prices. This was published in 1904, so the ultimate cause of the soaring prices continued past the end of the riots. (Image source)