A questionably written game gave rise to one of the most exuberant and creative fandoms in recent years. What was going on with the fandom that turned a barely-there character into a beloved fan favorite, filmed an entire feature-length movie, and wrote millions of words about playing with wires in a sexy way?

An article worth reading by Gita Jackson: The Super-Fans Of Detroit: Become Human Hate Most Of The Game

Featured image from this video

The entirety of the appearance of RK900 in the actual game. This only occurs in one possible ending.

A trailer for Detroit Evolution, a feature-length movie by fans starring RK900 and Gavin Reed.

A few possible interactions between Gavin and Connor. Once again, Gavin never actually meets RK900 in the actual game. 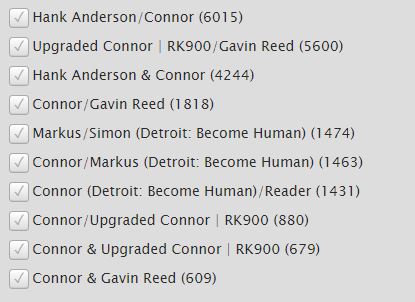