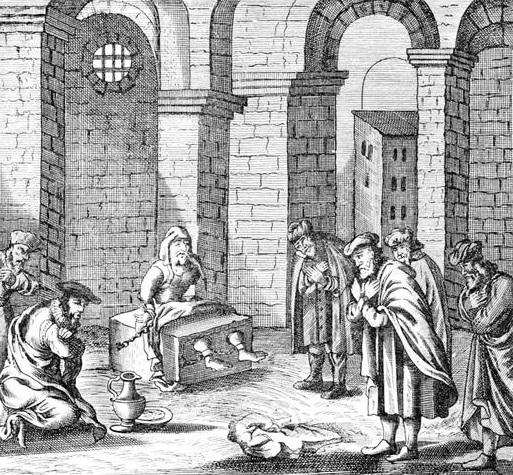 Isaac tells a story about Judaism’s weirdest would-be messiah. Demetria adds ambiance by constantly arguing with him. This is the story of Sabbatai Zevi, whose quest to save the Jewish people turned him into a dangerous liability.

Featured image: Sabbatai Zevi (his name is also often romanized as Shabbatai Tzvi) as a prisoner of the Turks in Abydos, as depicted in an encyclopedia of Jewish history from the early 1900s. (Image source) 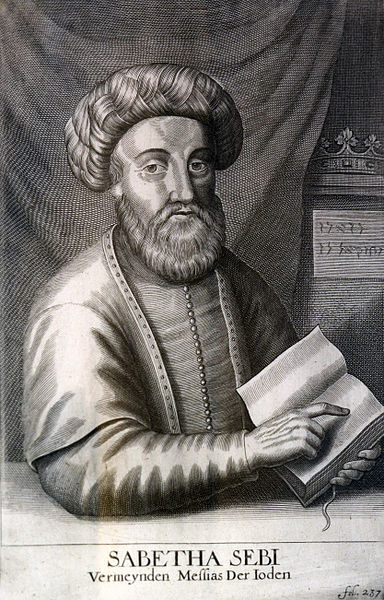 A portrait of Sabbatai Zevi. I’m assuming the crown behind the curtain represents his failed attempt at kingship. (Image source) 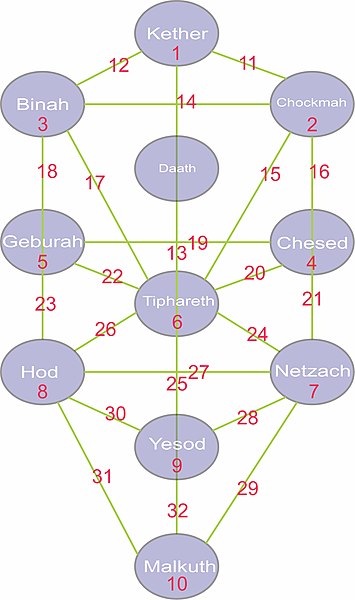 A diagram that’s important to kabbalah. I don’t have much of an understanding of what this means or how these numbers were derived, but it’s a recurring motif representing the tree of life. The study of mathematical ciphers like this is an important part of kabbalah. (Image source) 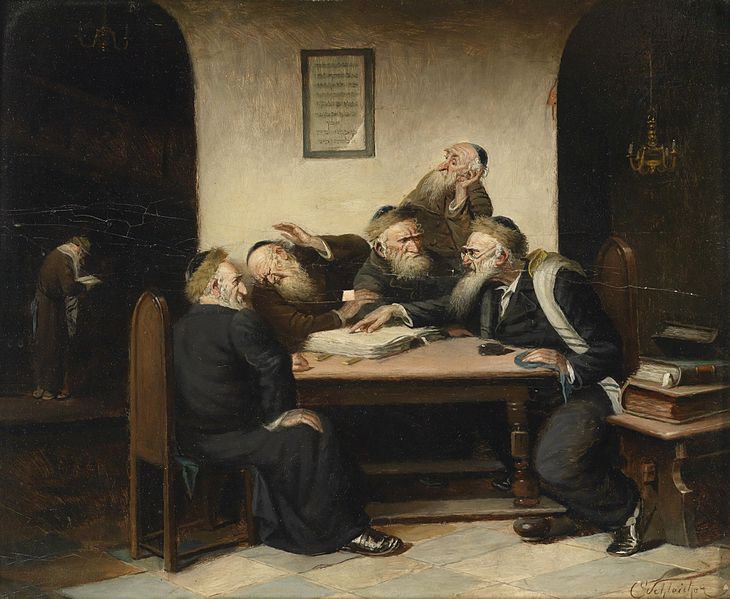 One of a series of paintings by 19th century painter Carl Schleicher of Jews studying the Talmud. As this painting shows, strong disagreement is an expected part of the process, and arguing over how rules should be interpreted is not considered sacrilegious. (Image source) 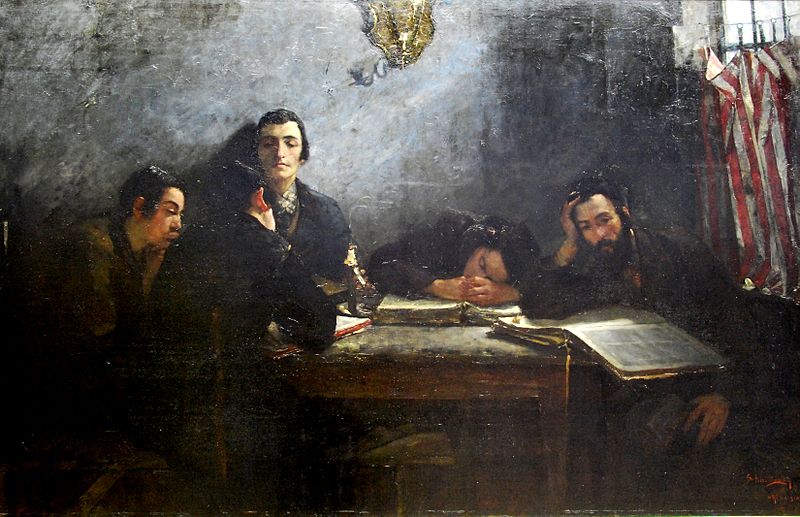 Another painting by Samuel Hirszenberg of students studying the Talmud. This group seems less enthusiastic about their studies. (Image source)