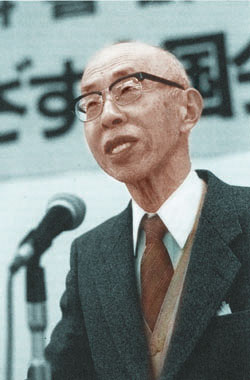 This week, we’re discussing Japan’s reckoning with its wartime past through the lens of the nation’s self-appointed conscience: the historian Ienaga Saburo, who spent 30 years locked in legal battles with the government over what could and could not be included in history textbooks.

Niven, Bill. “Remembering Nazi Anti-Semitism in the GDR” in Memorialization in Germany Since 1945.

Huntsberry, Randy. “‘Suffering History’: The Textbook Trial of Ienaga Saburo.” Journal of the American Academy of Religion 44, No 2 (June, 1976).