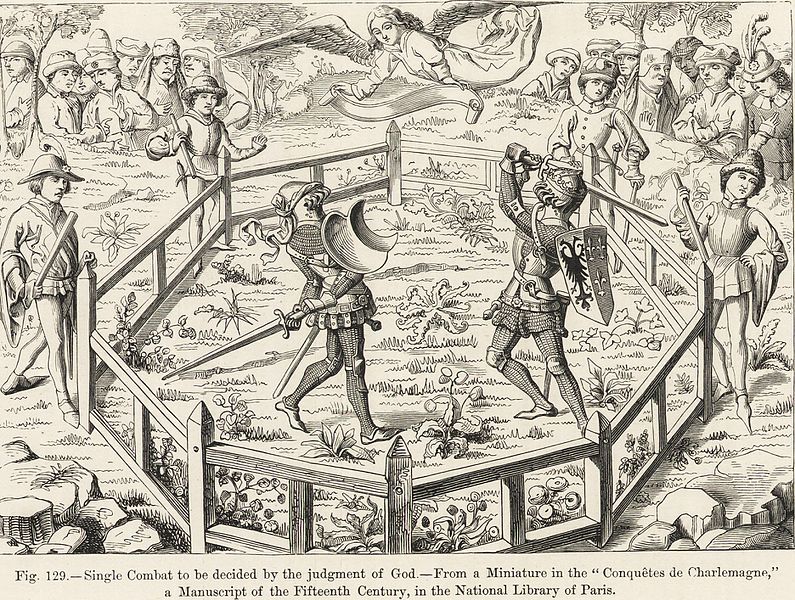 What if a legal trial was also a battle to the death? In this episode, we look at the strange phenomenon of the judicial duel, in which a plaintiff and defendant would try to kill each other to win a court case. In the “last duel” of medieval France, one man made his fight for justice into a literal fight, and used his weapons to prove that God was on his side.

Content notes: This episode is about a trial for violent rape. It contains discussion of some of the incorrect assumptions that medieval doctors had about rape and conception. It also contains descriptions of the deaths of animals.

Featured image: a 19th century illustration of medieval trial by combat. The angel up top represents God’s judgement factoring into the outcome of the battle. (Image source) 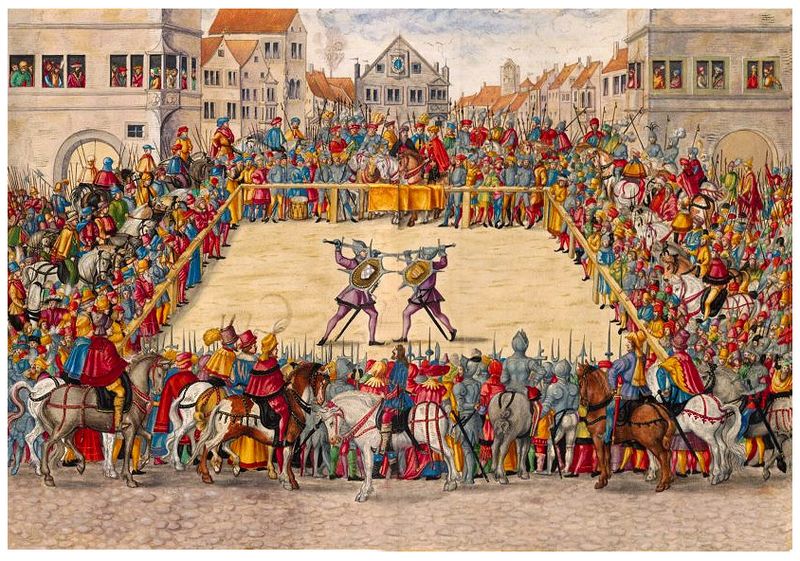 An illustration of a German trial by combat from the early 1400s. The setting for this is not quite the same (the fight was in the Augsburg wine market, so the stadium-like setup of the Carrouges-Le Gris duel is not shown here) but the crowd of spectators shows that this was also a public event. (Image source)

A manuscript showing the coronation of the young Charles VI of France. (Image source) 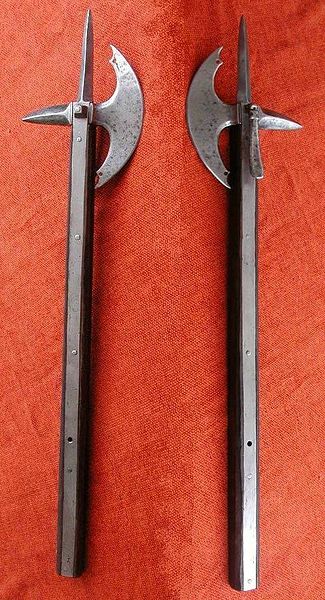 A horseman’s battle axe. Although this weapon was made about 100 years after the events of this episode, it has the same sort of spiked side that Carrogues used to kill his opponent’s horse. (Image source) 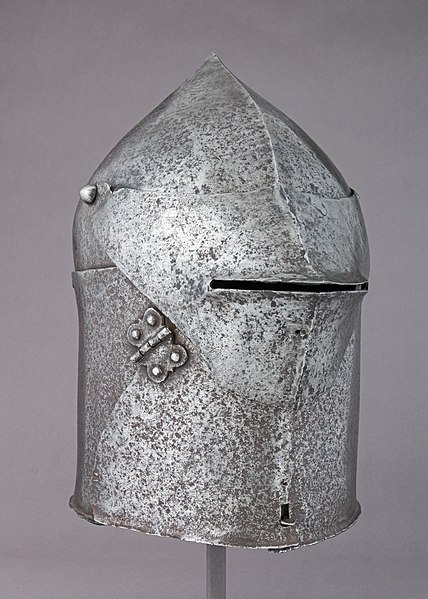 An example of the type of helmet that would be worn with plate armor at the time. Getting a sword through this kind of armor would have been incredibly difficult, even if your opponent was incapacitated on the ground. (Image source)