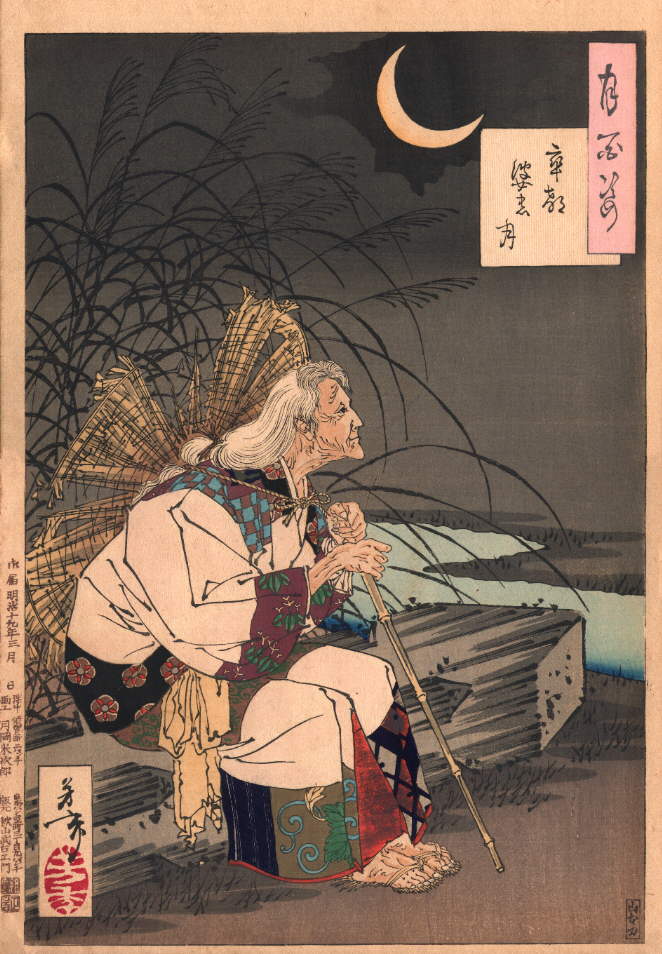 This week, we’re focusing on the story of Ono no Komachi, a mysterious poet from the 800s whose poems were used to construct a fictional persona entirely separate from who she actually was. How did this happen? Why does it matter? And what can we learn from telling the history of a made up character?

Strong, Sarah. “The Making of a Femme Fatale: Ono no Komachi in the Early Medieval Commentaries.” Monumenta Nipponica 49, No 4 (Winter 1994).

Unfortunately it’s only in Japanese, but this is a link to a performance of Sotoba Komachi.