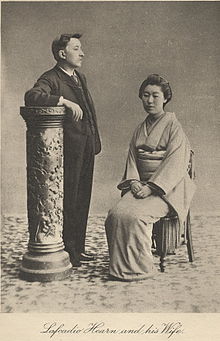 This week, we profile one of the great Western interpreters of Japan: Lafcadio Hearn. How did some Anglo-Greek kid end up in Japan by way of New Orleans, and why do we still care about him today?

Because Hearn was a Japanese national at the time of his death and he died in 1904, everything he ever wrote is public domain and freely searchable online.

Here is the Pulvers article I quote from so much in this episode.