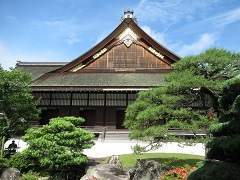 This week on the podcast, we’re exploring the life of a woman whose story would normally be confined to the sidelines: an imperial concubine in the early 1600s by the name of Nakanoin Nakako? Who was this young woman and how did she become a part of the emperor’s household?