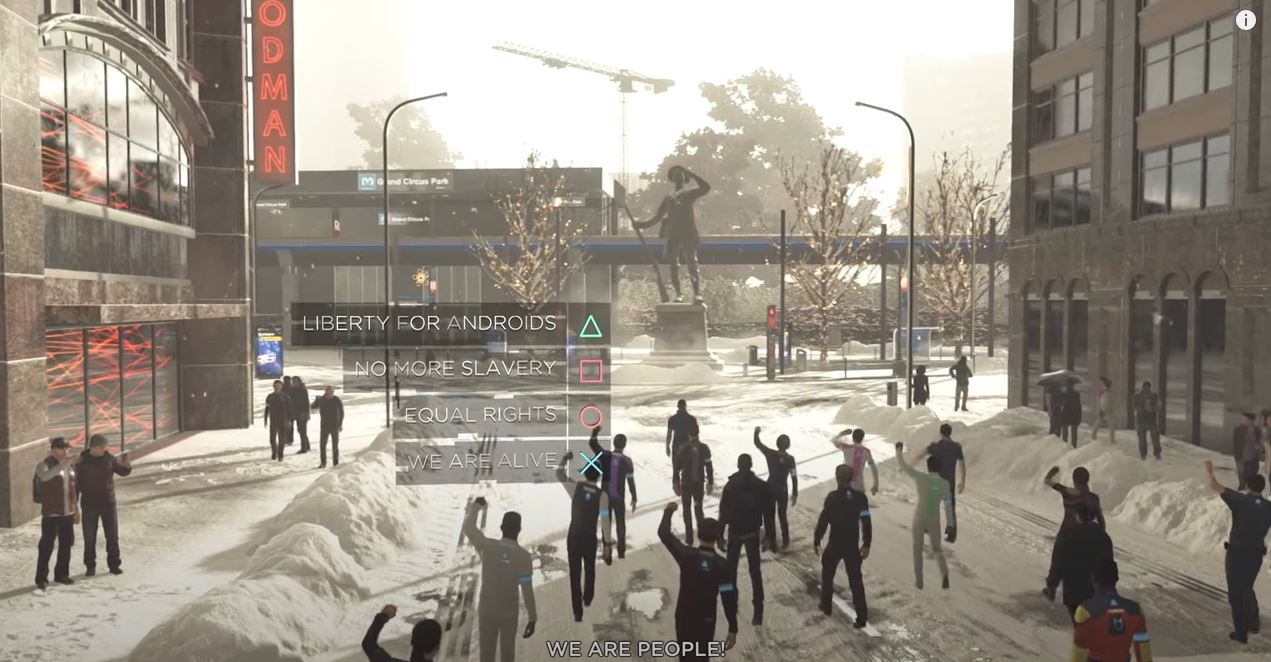 What happens when a writer tries to make oppressed robots stand in for tons of different kinds of real marginalized people in the same story? A confusing, frequently offensive, but occasionally interesting mess. Amanda Jean joins the podcast to tackle Detroit: Become Human, a game that tried to make its robots an allegory for everything at once.

Content notes: We discuss some real-world atrocities the game alludes to, including the Holocaust, American slavery, domestic abuse, sexual assault, and antisemitism.

Featured image: Choosing which slogan to chant during the march scene. (Image source)

All variants of the game’s infamously clumsy Holocaust scenes.

The android march scene, combining a variety of civil rights imagery in a ham-fisted way (we’d both forgotten the “Hands up, don’t shoot” gesture at the end).

Some interactions between Hank (human) and Connor (robot). Reviewers generally considered their relationship one of the best parts of the game.