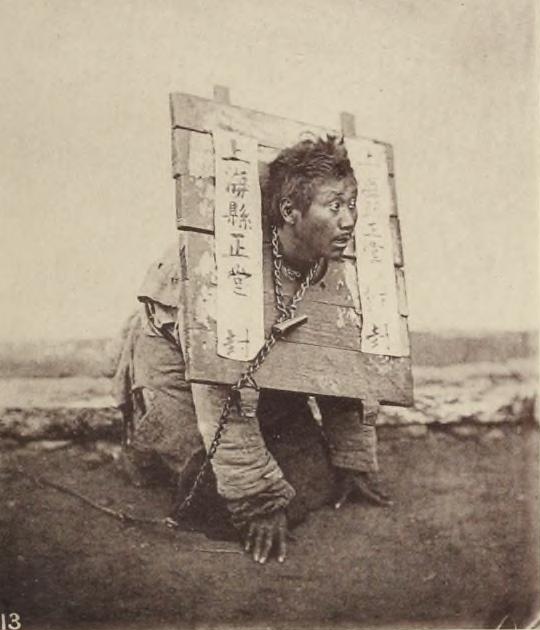 What happens when you put a bunch of philosophers in charge of investigating crimes? You end up with one of the most organized and longest-lasting criminal codes in human history. We’re going back to Imperial China to examine the case of a deadly dispute over a handful of beans.

Featured image: A man in the 1870s being punished by being forced to wear a cangue. This is similar to a wearable version of stocks, but the criminal being punished is in the cangue for much longer, and must rely on family members to eat and drink. (Image source) 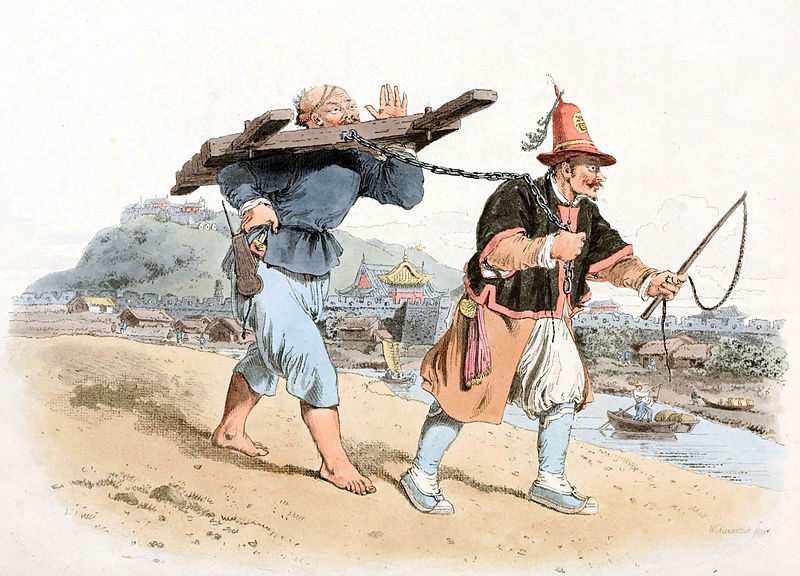 Another image of cangue punishment, this one sketched by a member of Macartney’s 1793 expedition. (Image source)

A detail of a Ming Dynasty scroll in which bureaucrats who’ve taken the Imperial examination gather to view the pass list. (Image source) 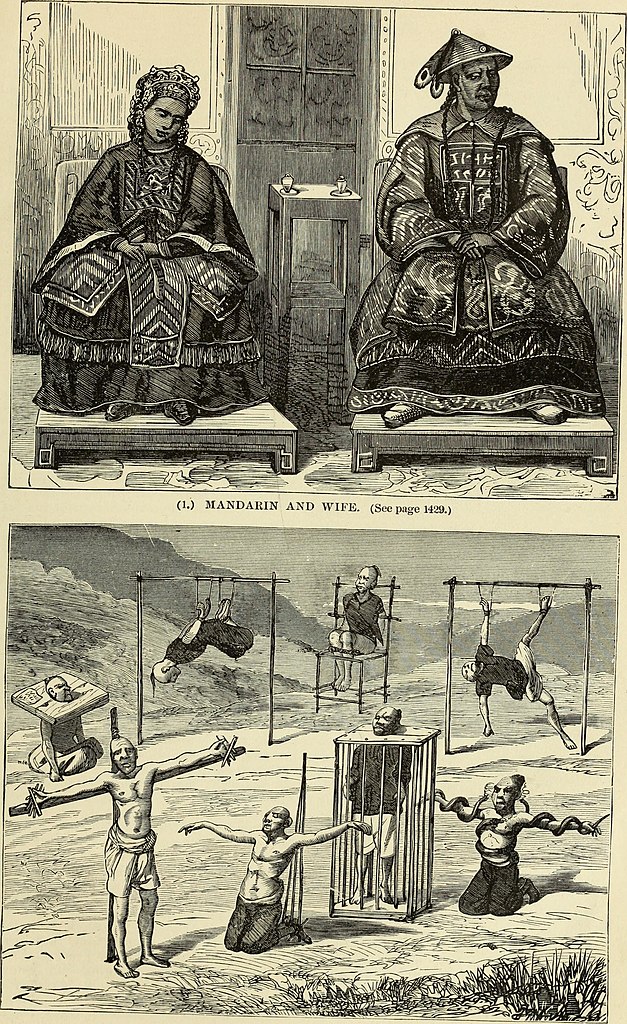 An illustration of Chinese torture methods from an American book published in the late 1800s. Images like this (which included a caption making sure the reader knew these were the “uncivilized races of men”) perpetuated the stereotype in the west that eastern legal systems were uniquely brutal. (Image source)