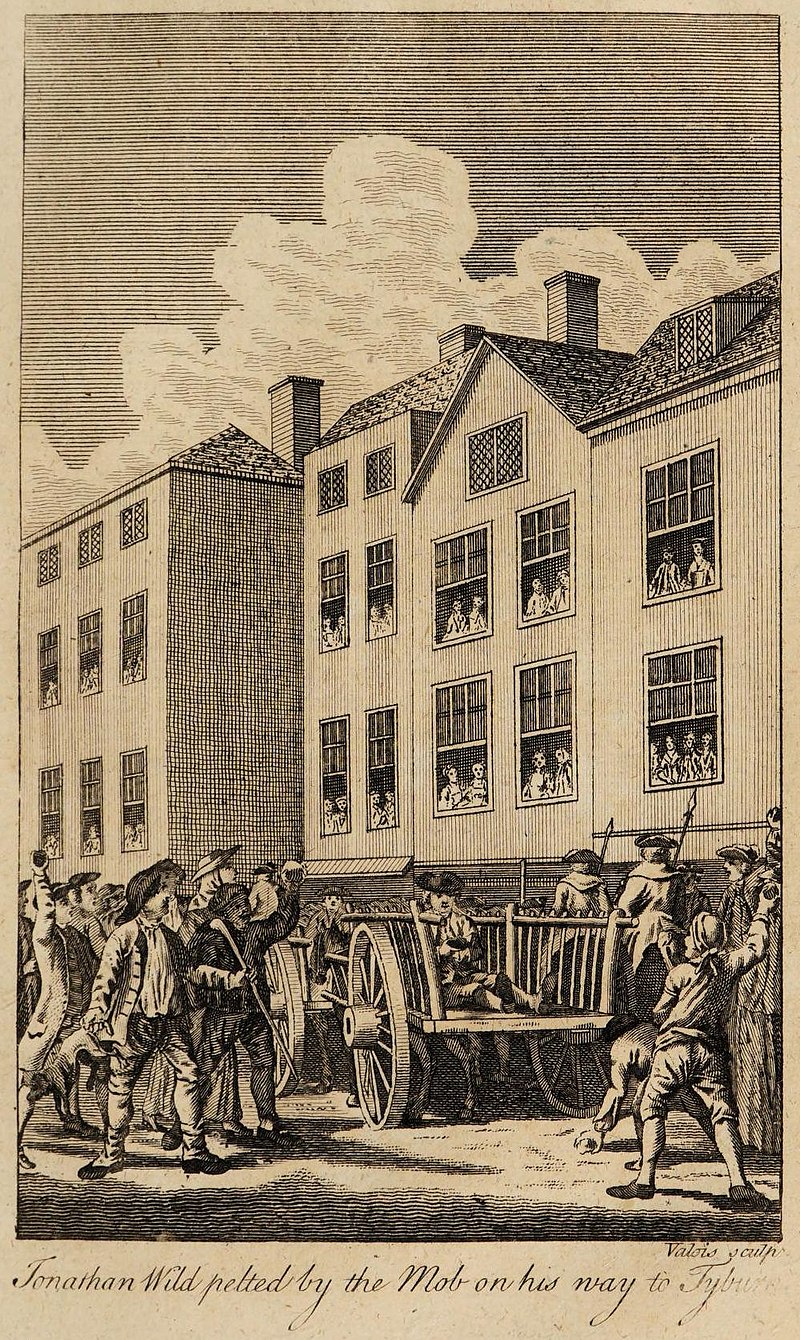 London’s greatest thief-taker had a secret: he was also the leader of its best-organized gang of thieves. For years, Wild turned one of the most brutal criminal justice systems in the world to his advantage—but even the self-styled Thief-Taker General ended up on the gallows.

Content note: This episode contains a graphic description of execution by hanging.

Featured image: Jonathan Wild is pelted by the mob on his way from the prison at Newgate to the location of his execution at Tyburn. (Image source) 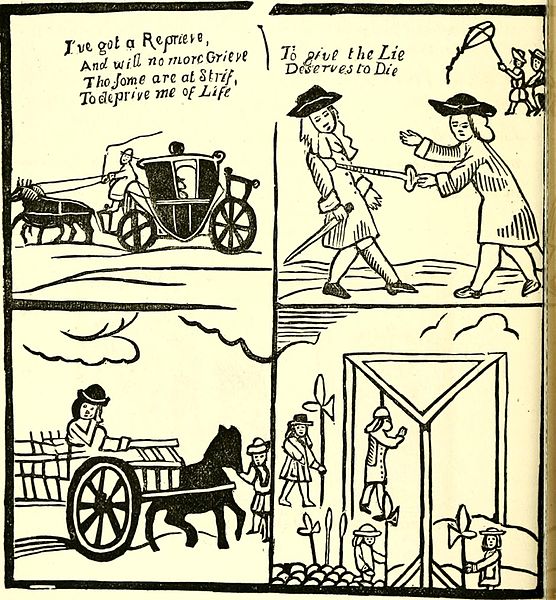 A chap-book from the early 1700s showing a murder and the criminal going to the gallows. The printing press made it easier for the populace to access written material and reproduced images, allowing both true crime reporting and fiction about crime to flourish. (Image source) 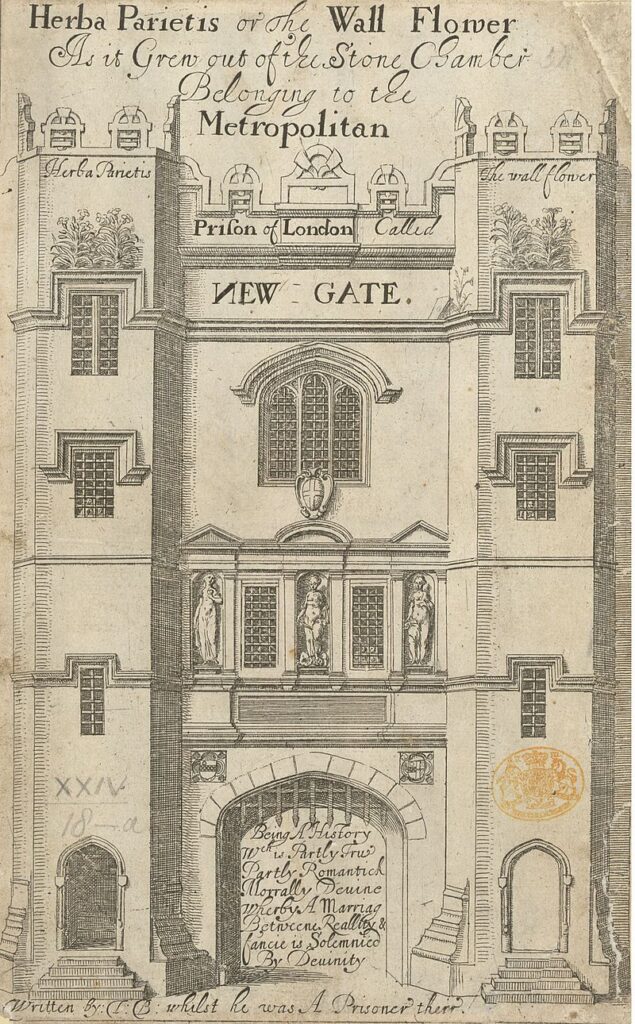 An illustration of Newgate Prison. It was demolished in the early 1900s as part of a campaign to reform prisons and create more humane conditions for prisoners. (Image source) 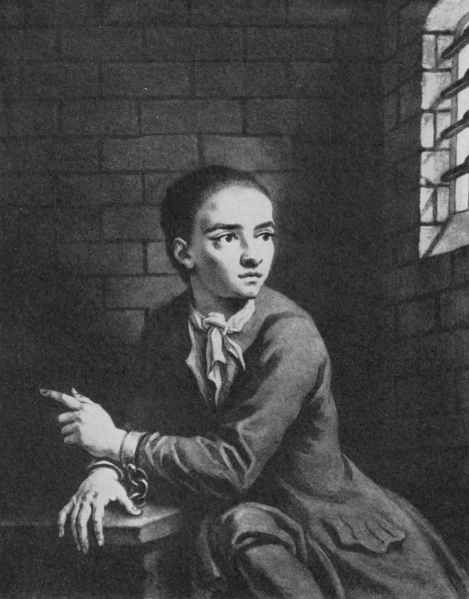 The most famous image of Jack Sheppard, engraved by the artist James Thornhill. Sheppard was a very small man, a fact he used to his advantage in his escapes. He was also famously charming; Thornhill, the King’s painter, has chosen to depict him not as a repentant prisoner but with his chained hands pointing to the door to suggest that he might escape again. (Image source) 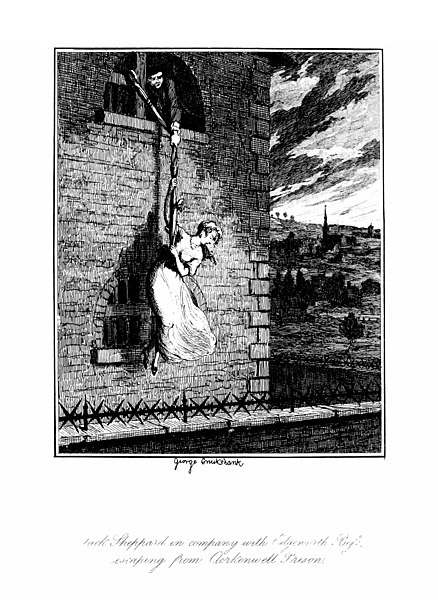 One of Sheppard’s many escapes. This is an illustration of a scene from Jack Sheppard – a romance by W. H. Ainsworth. (Image source) 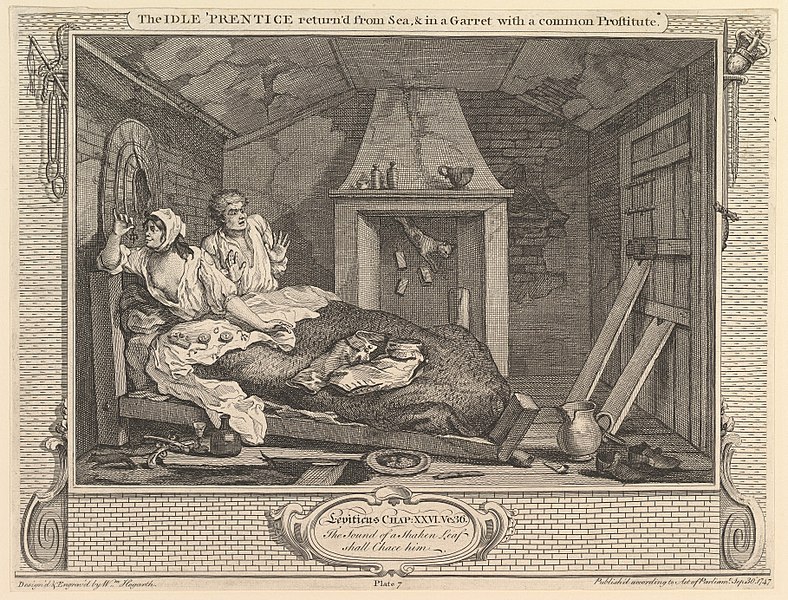 Hogarth’s prints of two apprentices, one industrious and one idle, seem to be basing the idle character on Jack Sheppard. He slides into vice by shirking his duties and is eventually executed at Tyburn, while the industrious apprentice works hard and becomes a respected figure. (Image source) 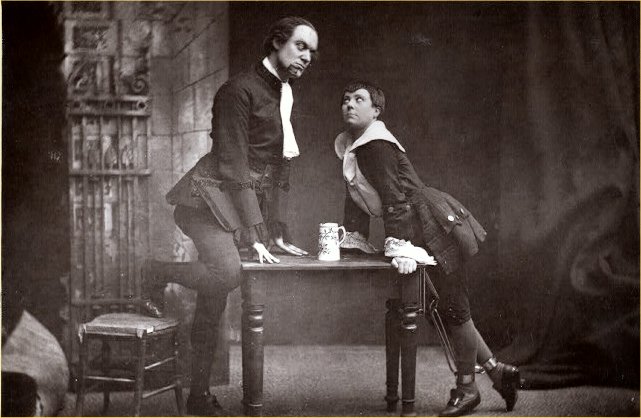 Nellie Farren playing Jack Sheppard and Fred Leslie playing Jonathan Wild in Little Jack Sheppard, a burlesque melodrama. Later revivals would also use a woman to play Jack in a trouser role; interestingly, I’ve also found a recent retelling of Jack’s story in which he is assigned female at birth. (Image source) 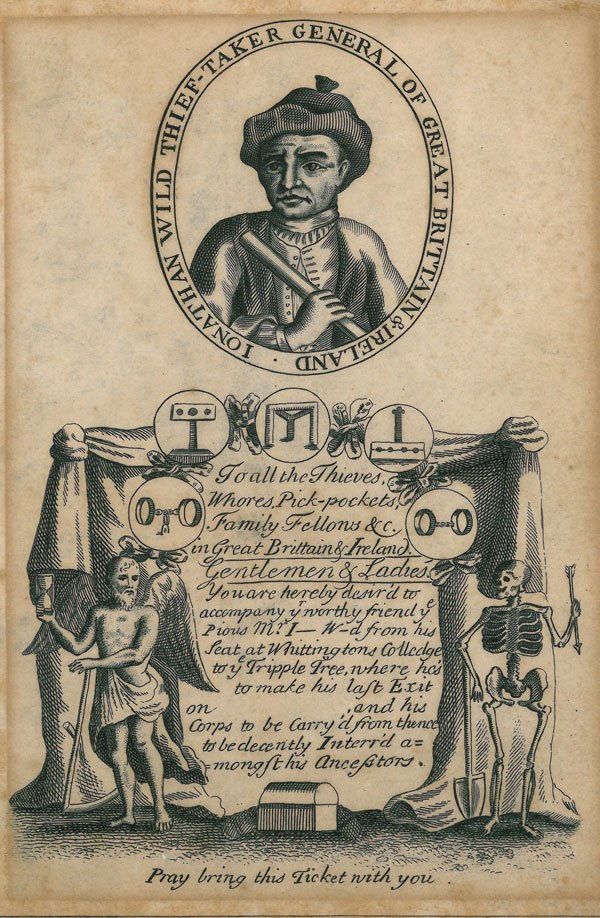 A ticket for the execution of Jonathan Wild, making fun of his “Thief-Taker General” title. You can see the triple-beamed structure of the Tyburn gallows in the center. (Image source) 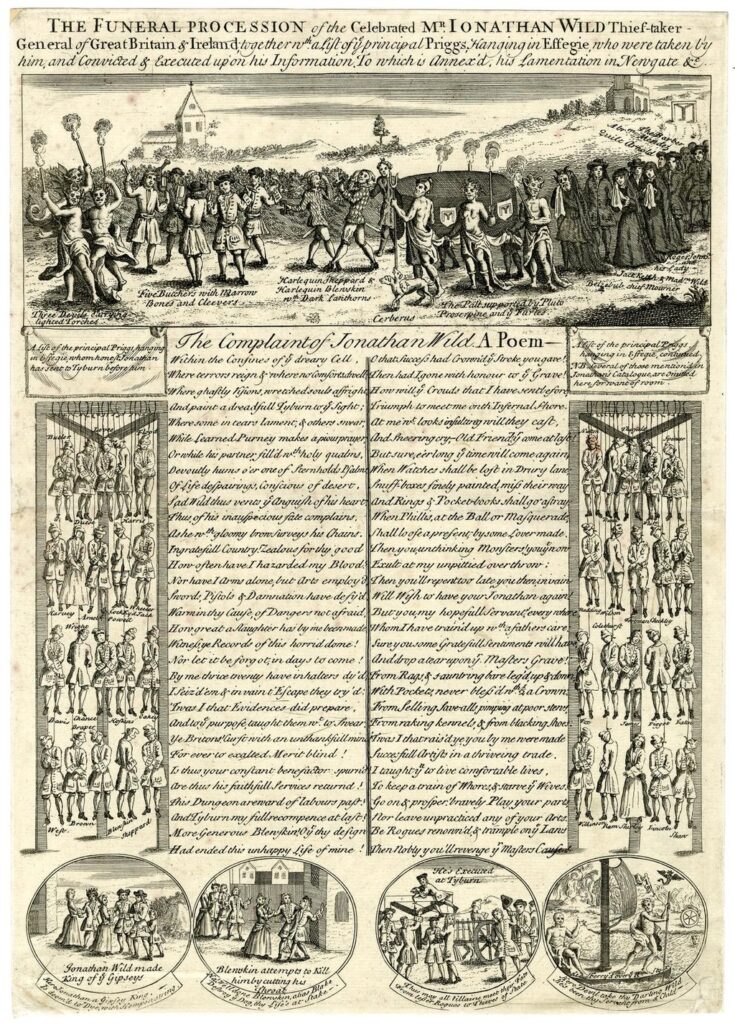 A satire on the execution of Jonathan Wild. His fantastical funeral procession includes devils, Sheppard and Blueskin, and others; the hanging bodies are criminals Wild sent to Tyburn before him. (Image source)

Literature mentioned in the episode