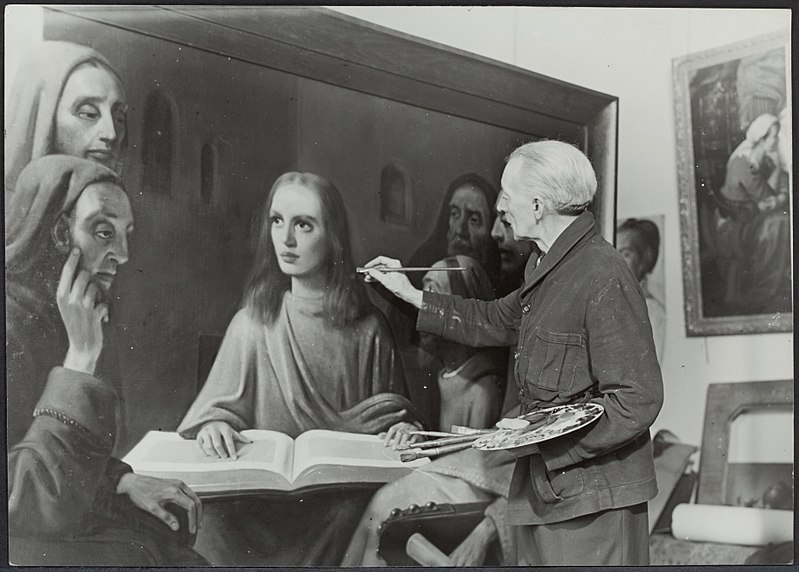 Han van Meegeren might not have been loved by art critics, but his descent into the world of art forgery accidentally turned him into one of his country’s least likely heroes. Join us for the twisted tale of an expert art forger, a high-ranking Nazi art thief, and a Jewish Dutch resistance hero whose espionage investigation turned into a friendship with one of the Netherlands’ most flamboyant criminals.

Featured image: To demonstrate his ability to successfully imitate Vermeer, van Meegeren works on his final forgery, which contains the deliberate anachronism of Jesus reading from a Bible. (Image source) 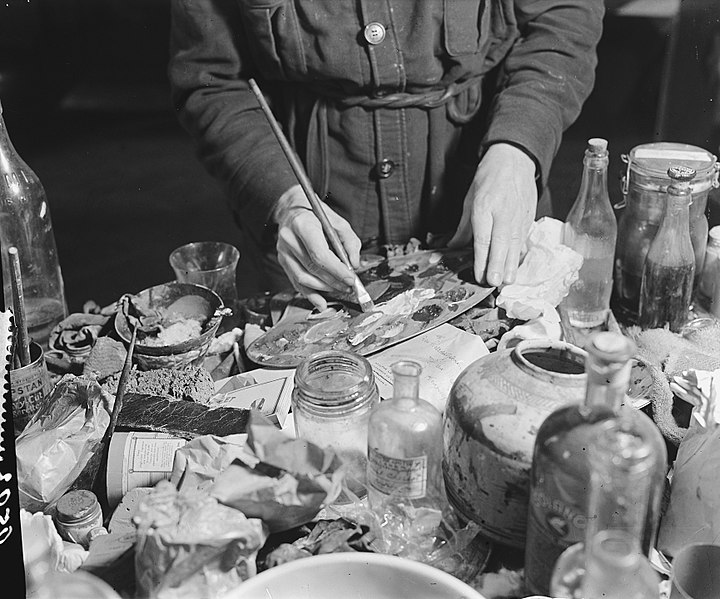 Van Meegeren mixes his paints to demonstrate how he fooled authenticators. Thanks to Piller’s unusual trial strategy, we have some extremely rare photos documenting an expert art forger at work. (Image source) 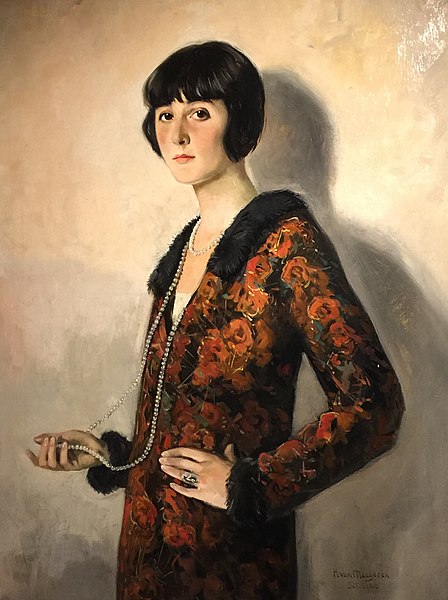 One of van Meegeren’s legitimate portraits of an actress in his traditional Dutch master style. (Image source) 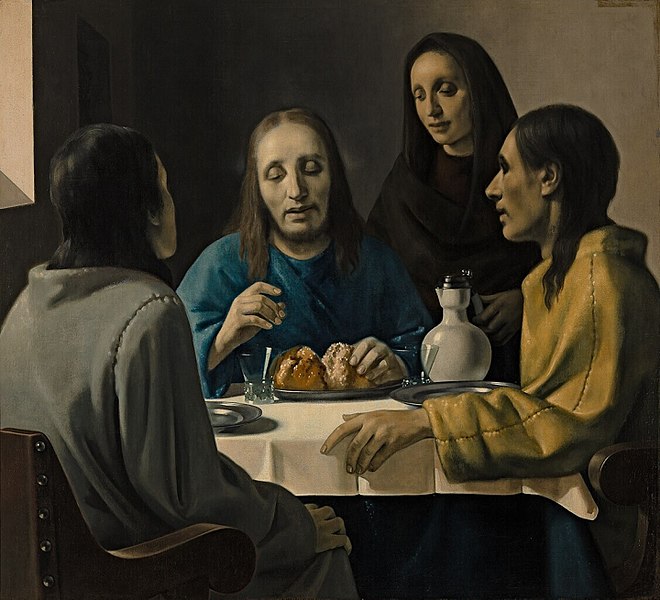 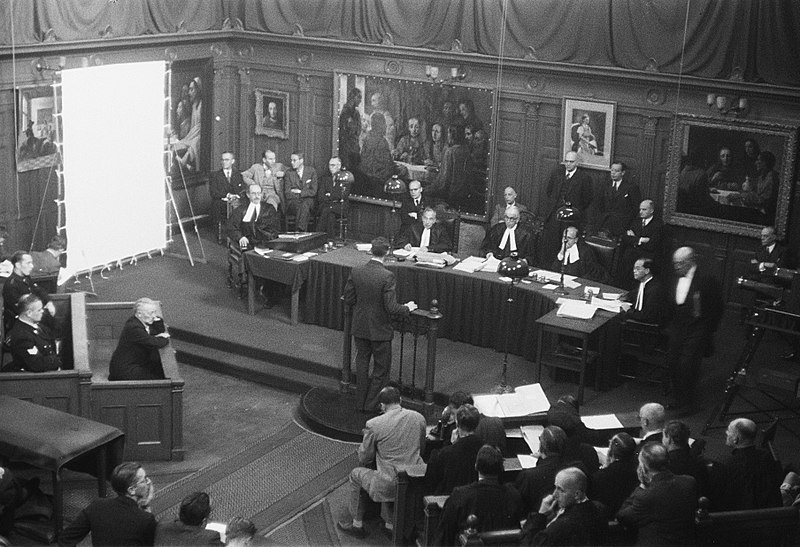 A famous photo of Van Meegeren’s trial, with the fake Vermeers hanging on the walls of the courtroom. You can see Supper at Emmaus on the far right. (Image source) 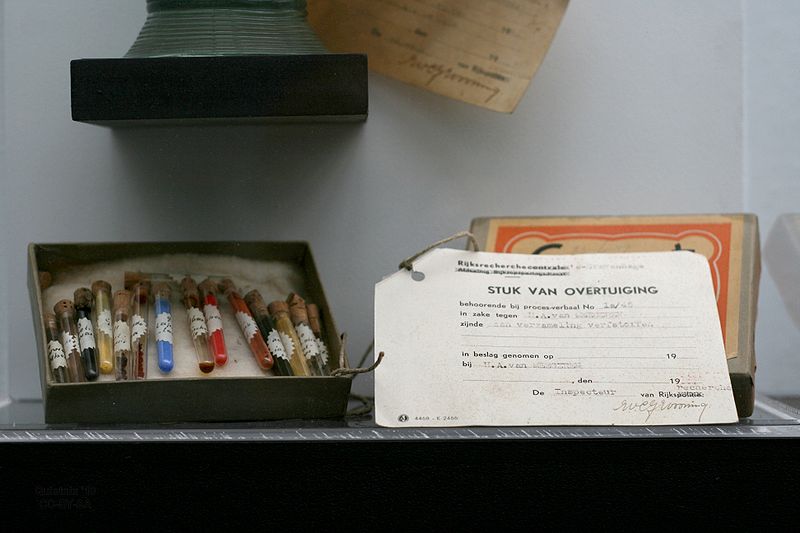 Some of the evidence presented against van Meegeren presented at his trial–which is now part of a museum exhibit. (Image source) 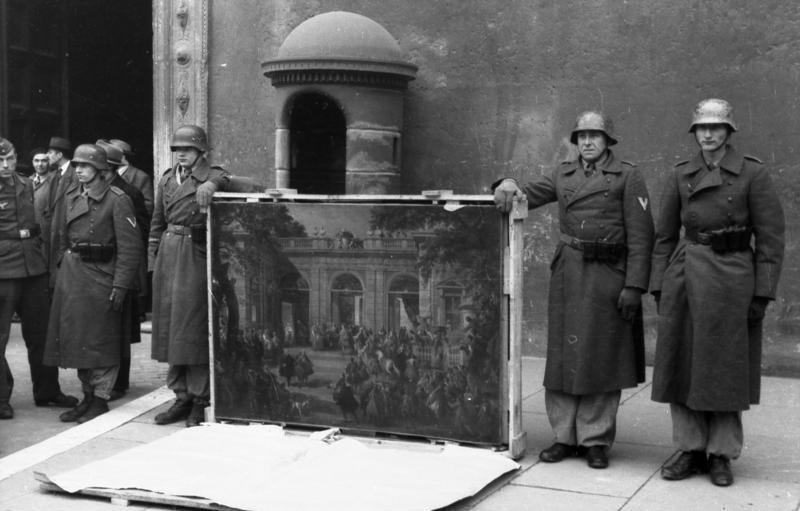 German soldiers from the Hermann Göring Division pose with looted art. Göring amassed a massive collection of art by working with shady art dealers, looting cultural monuments in conquered countries, and seizing the collections of art collectors who were murdered by his country’s fascist regime. (Image source) 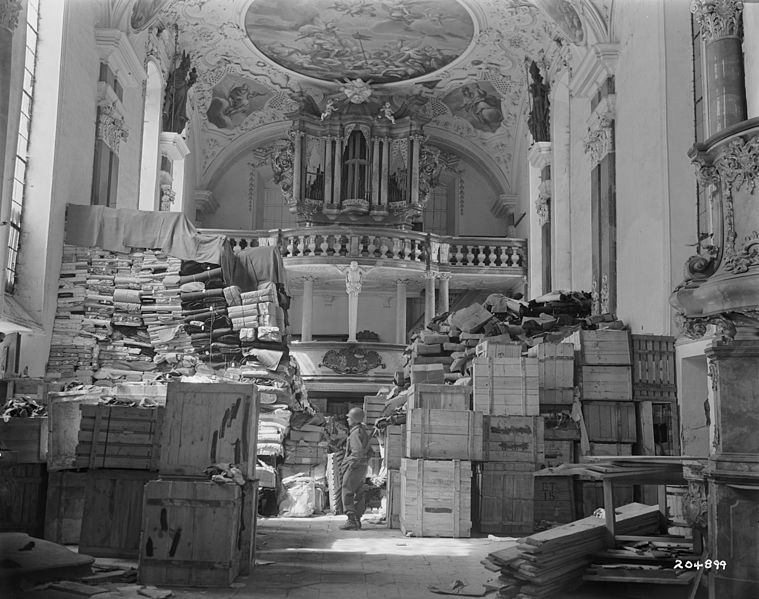 An American soldier stands in a stockpile of German loot. Legal battles over some of the stolen art we talk about in this episode are still continuing to this day. (Image source) 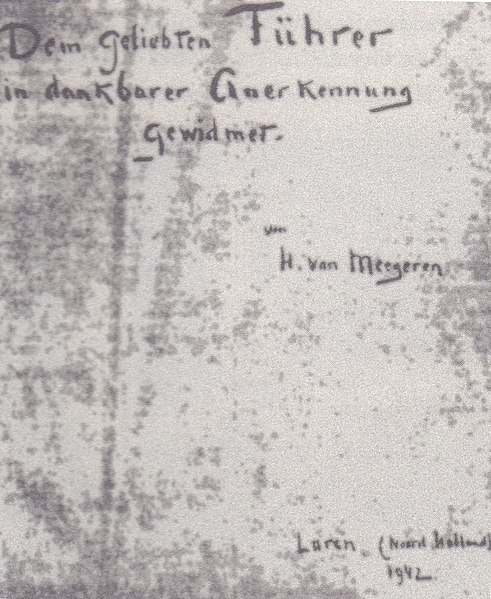 A portrait van Meegeren painted, but never sold, of his friend Jopi Breemer posing as a praying Jew. On a personal level, I find this an incredibly interesting painting–why did van Meegeren, who railed against Jews in the art world, choose this subject matter? A writer for the Rob Scholte Museum has researched the history of this painting and the friendship between Jopi and Han. (Image source)

Van Meegeren in Amsterdam after the war. The man on the left may be Joseph Piller–he certainly looks similar to this photograph of Piller. (Image source)