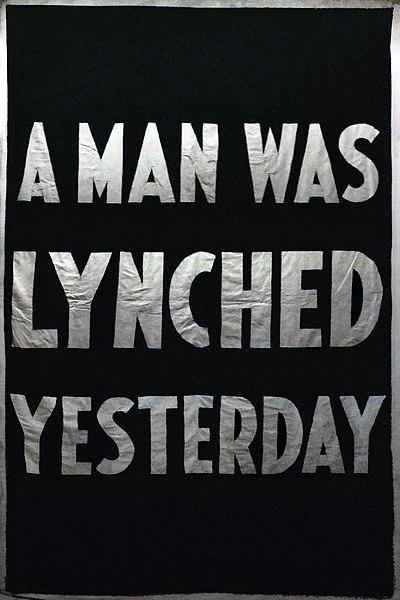 This week, we’re joined by Nikki Brueggeman for a discussion of two horrific hate crimes in early 20th century America. As we discuss the deaths of Mary Turner and Jesse Washington, we look at the way the NAACP worked to publicize the horrific injustice of lynchings, the reason we tell these stories with a focus on the victims first, and the way modern oral historians like Nikki are continuing the work of documenting Black stories.

Content note: This episode contains descriptions of two hate crimes against Black Americans. We talk about the intense violence perpetuated against them, including racist violence, mutilation, torture, murder, and the killing of an infant. Some of the sources linked in our show notes contain graphic images of a mutilated corpse.

Featured Image: A replica of the flag created by the NAACP in 1920. They would display this flag from their headquarters at 69 Fifth Avenue, New York City. 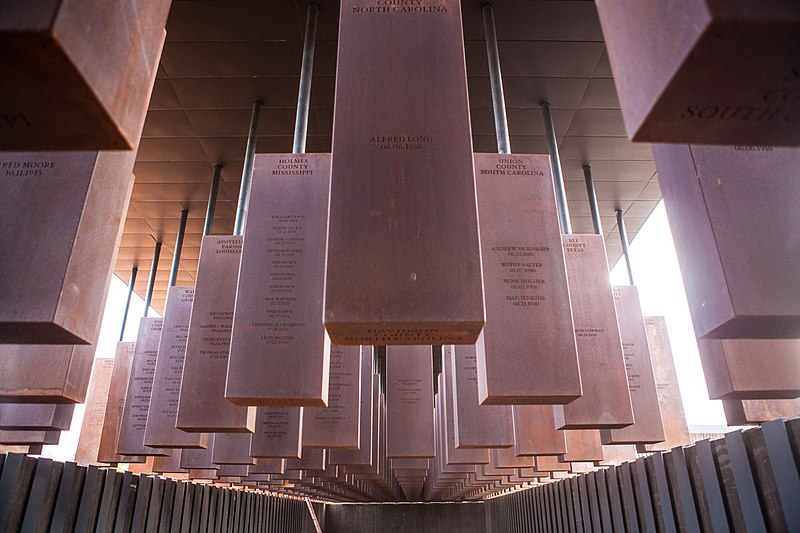 The Memorial Corridor at The National Memorial for Peace and Justice in Montgomery, Alabama. 805 steel rectangles shaped like coffins hang from the ceiling, with the names of documented lynching victims and the dates of their death engraved on them. (Image source)

Where to find Nikki’s work