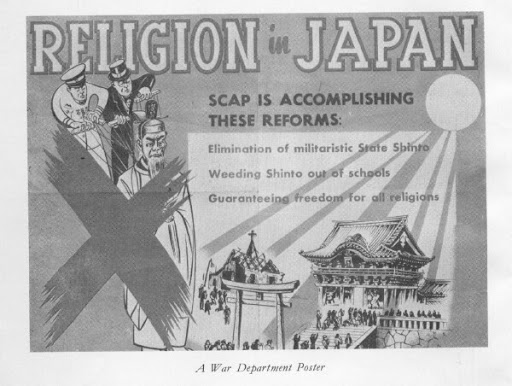 This week, we wrap up our history of Christianity in Japan with a look at the Occupation and Postwar Eras — and with some final thoughts on what it means to be a part of a faith viewed as “outside” the mainstream of the nation.

A translation from the Japanese government of the decision in Kakunaga v. Sekiguchi

Seto, Brandon. “A Defense of Faith: SCAP and Japan’s Religious Rehabilitation in the Early Cold War.” The Journal of American-East Asian Relations 23, No 4 (2016)